What We Do > Tours > Yturri-Edmunds House Museum

We’re proud to have been featured in Texas Highways!

Guided Tours are available by appointment only – $15 per person (Minimum of four guests). Please call us at 210-224-6163 for more information. 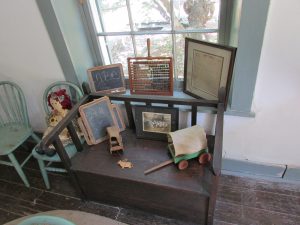 Miss Ernestine E. Edmunds, granddaughter of Manuel Yturri Castillo, willed this two-third acre tract to the Society, which took possession of the property in December, 1961. Yturri Castillo had received the land grant, originally part of Mission Concepcion lands, in 1824 from the Mexican Government. Built between 1840 and 1860, the house is one of the few adobe-block houses remaining in San Antonio. North rooms of the structure span a lateral from the Pajalache acequia, a notable and unusual feature.

Long range restoration of the property began in June, 1964 under the direction of Ernst Schuchard, well-known engineer and former executive of Pioneer Flour Mills and the late Marvin Eickenroht, A.I.A., who was the project architect. The house was recorded in the 1969 Historic American Buildings Survey. 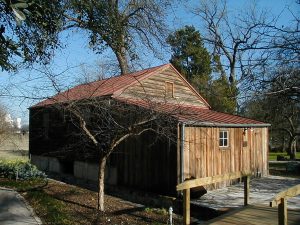 There has been much conjecture about the origin of the mill. Some researchers speculate that it already existed on the property when Manuel Yturri Castillo acquired the land in 1824. However, Yturri Castillo did not mention the building in his will of 1842 and attempts to document the dates of operation have proved unsuccessful. An adobe brick wall and stone steps are all that remain of the original mill; the rest has been reconstructed.

Long range restoration of the mill began in June, 1964 under the direction of Ernst Schuchard, well-known engineer and former executive of Pioneer Flour Mills, and architect Marvin Eickenroht, A.I.A. The reconstruction was completed in May, 1972 with the cooperation and supervision of Alfred Beckmann and E.W. Dotson of Pioneer Flour Mills; Ambrose A. Kozielski, millwright; and Robert Borrego, Jr., millstone craftsman.