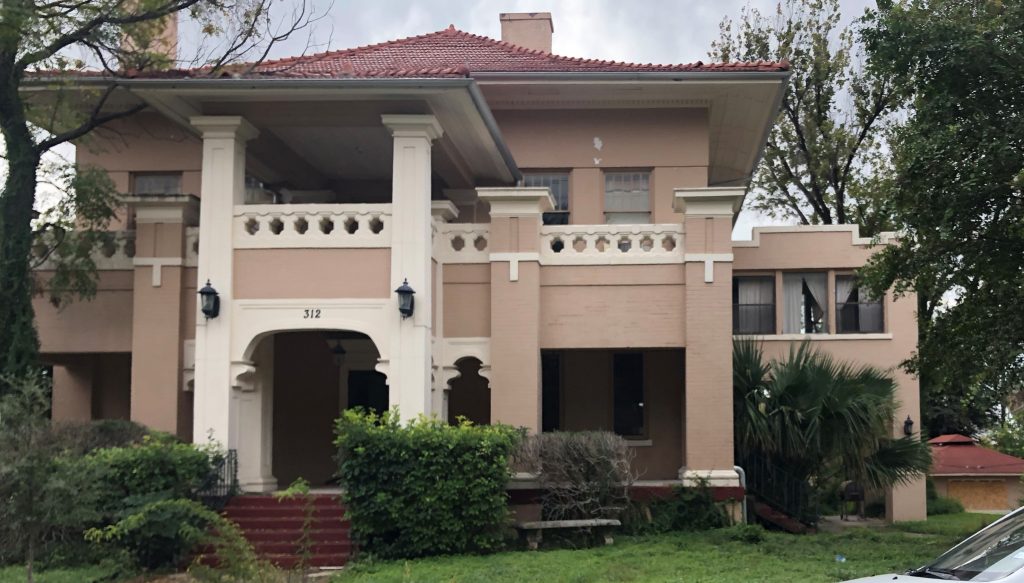 The History of the Hughes House

Internationally famous dancer Russell (La Meri) Hughes (1898-1988) grew up in this 1913 Prairie style home at 312 W. Courtland, where she gave some of her earliest performances.  She went on to become known as the “undisputed queen of ethnic dance,” later teaching dance in New York City and publishing several books.

The Archdiocese of San Antonio purchased this architectural gem in 1965, using it as a Catholic Student Center for 50 years.

Do you believe in second chances?  The house is back on the market after being under contract.  We are hopeful this potential landmark will find the right buyer to rehab it for many more years of vibrant use.  Substantial rehabilitation of a designated local landmark even qualifies for City property tax exemptions.

The Archdiocese of San Antonio has listed the house for sale with:

Preservation advocates have been appealing to the Most Reverend Archbishop Gustavo García-Siller for the Archdiocese to withdraw its demolition request and to look for a buyer willing to reuse the Hughes House. As of early March 2022, a “for sale” sign has appeared in the front yard.

Update regarding San Antonio College: On January 7, 2022, the Tobin Hill Neighborhood Association received a letter from Dr. Robert Vela, President of San Antonio College, stating that “SAC intends no involvement in any potential demolition of the former Catholic Student Center,” nor is it interested in purchasing the property from the Archdiocese.  We thank the college for respecting the wishes of the neighborhood by not attempting to redevelop the property since it doesn’t want to improve and maintain the house.