With the unveiling of the draft of the Alamo Interpretive Plan, we find ourselves going back on the record to defend:

Society President Susan Beavin has raised some of our concerns in these Express- News and Rivard Report articles.

Everyone has the opportunity to make their voices heard at the Alamo Public Meetings scheduled for June 18 – 21, 2018. 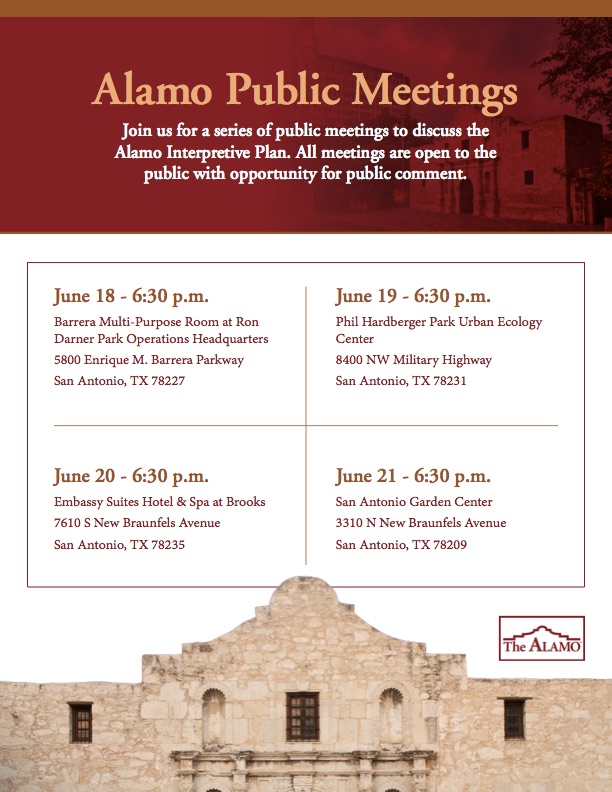