Don’t forget to tune in to KSAT-12 with your favorite Fiesta fare for the rebroadcast of the 2019 River Parade (7 to 10 PM).  Keep an eye out for the Conservation Society float!

All the floats pass by the beautiful Arneson River Theater, which has become an iconic part of the River Walk designed by Robert H.H. Hugman.  Constructed by the W.P.A. in 1939, the theater’s name honors Edwin Arneson.  A local engineer and district director of the W.P.A, Arneson helped Hugman secure the federal funding needed to make the River Walk a reality. He died unexpectedly in 1938 before construction began.

The Arneson stage always comes alive during Fiesta.  Between 1951 and 1965, the popular parody Cornyation took place on this stage as part of A Night in Old San Antonio.

In 1978, the Society gave back to the Arneson by contributing to the purchase of five bells, which were hung in the stone arches behind the stage.  These bells honored architect Robert H.H. Hugman for his work that transformed both the river and the city of San Antonio.

Throughout the decades, the funds raised by NIOSA have allowed the Conservation Society to fulfill its mission to preserve and to encourage historic preservation.  You can still contribute and share in the fun online! Buy your NIOSA medal here or make a donation, then follow us #AtHomeFiesta and #VivaNIOSA. 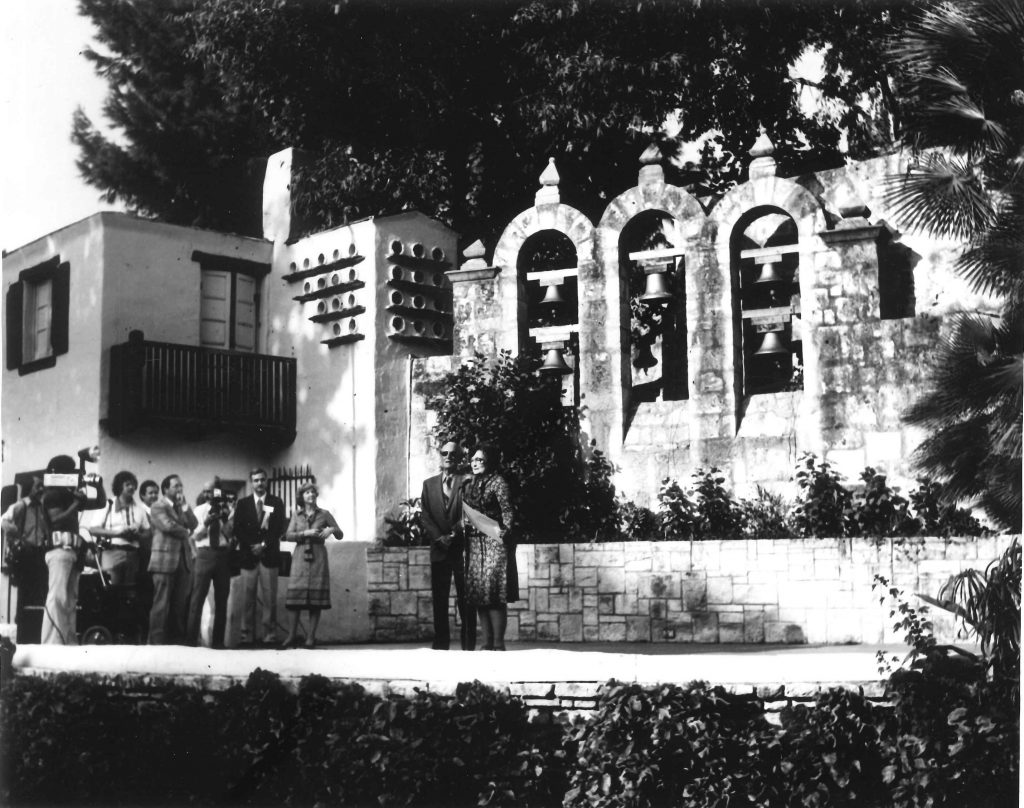